At Ntropy, machine learning models are the core of our tech and product, and we spend a significant share of our engineering efforts improving them. Aiming for quicker iterations, we are constantly looking for ways to improve the efficiency of our machine-learning pipelines while keeping the budgets reasonable. In this post, we will share some of the techniques we use to speed up training, improve the machine learning engineer experience, and keep costs under control.

Training deep learning models on large datasets requires adequate hardware. Our primary training infrastructure is based on Google Cloud Platform (GCP) because it offers a variety of GPUs. The cost of GPUs may seem intimidating at first, but it can be quite reasonable under certain conditions: choosing the right instance type and using preemptible (or “spot”) instances when possible.

Our workloads can generally be divided into three categories:

So we use three proper presets for the ML-oriented instance types.

Preemptible GCP instances are very important because of pricing. They are significantly (60–91%) cheaper than regular ones, but can be terminated at any time. This can be a problem if it interrupts your training process. Most modern frameworks support resuming training from a checkpoint, so it’s not too difficult to restart the process (e.g. in HuggingFace training framework it takes a single parameter). However, it’s still a good idea to save checkpoints regularly and have a way to monitor the training process and restart from a checkpoint if necessary. Most of Ntropy’s heavy training pipelines support checkpoint recovery through simple command line arguments, such as the — from_checkpoint flag. We don’t have a sophisticated monitoring system that will alert us if the training process is terminated (and, with properly designed pipelines, we shouldn’t care), but it can be easily implemented using simpler tools like custom shutdown scripts.

One more aspect of lean GPU usage is to avoid human mistakes like “spin up a large instance and forget about it”. We use a simple script that checks the lifetime of active instances and reminds us to shut them down if they are running for too long messaging relevant people in Slack.

Finally, one more interesting aspect of our training infrastructure is that we use a multi-cloud setup in practice. As it was told earlier, GCP is our main vendor for training instances for cost and powerful machines availability-related reasons, while our default production infrastructure is AWS. It means that sometimes we need to combine the two: e.g. taking data from AWS S3, training on GCP and finally putting training artifacts back to S3. We use Flyte to orchestrate this process. Flyte is a workflow management system that allows us to define a pipeline as a DAG of tasks. It is useful for us because it allows us to define a pipeline once and run its steps on different machines with different computational resources allocation, and it also provides a nice UI for monitoring the progress of the pipeline. Multi-cloud setup is not a universal recipe, e.g. for companies working with huge hardly compressible datasets (e.g. video processing) syncing data between clouds can be a costly bottleneck, but for us, it works well so that we can use the best of both worlds.

We prefer to use Docker images to package our training code and dependencies. While we haven’t dockerized all of our training pipelines yet, it is a goal we are working towards. It allows us to easily reproduce the environment and be confident that we can retrain the model in the future, as well as simplify using different machines — for example, debugging on a cheaper GPU locally and then training on a more powerful instance.

When improving a machine learning pipeline, we often face conflicting requirements — on the one hand, the main training pipeline should be easy to reproduce with minimal effort, but on the other hand, it should be easy to experiment with new ideas. From our experience, we have found it easier to balance these two requirements by using a multitarget Dockerfile. This is a single Dockerfile that can be used to build multiple images, with one image being used purely for training jobs and another more suited for development. The development image is usually larger and includes more dependencies, such as Jupyter, which we include so it can be run on Kubeflow, the platform we use for experiments.

We use GitHub Actions to build Docker images for training pipelines on CI and push them to Google Container Registry (GCR). This means that every time our code is changed, a new image is built and pushed to GCR, and spinning up a new instance with the “latest” image tag will always give you the latest version of the code. At the same time, it is still possible to use a specific image tag to reproduce the results of a previous experiment. To reduce the overhead of building the image each time, we heavily cache the intermediate layers of the Dockerfile. Additionally, we only push images to GCR if the build is triggered by a push to the master branch or a specific command in Github, so we don’t waste time and resources building images for every single commit.

If you use Github Actions and want to follow the same strategy, you can use https://github.com/tj-actions/changed-files to check if relevant files have changed and only build the image if they did, e.g.

When working with billions of transactions, it is important to make sure that the training pipeline is as efficient as possible. As many engineering teams, we tend to follow the pattern of “make it work, make it right, make it fast”. Many pipelines are initially quickly drafted, but not they are not necessarily efficient; although after some time, we can optimize them to run faster when it’s important to iterate quickly with experiments.

There is no silver bullet for optimizing training pipelines, but there are some common practices that can help, and using a profiler is a must. There are several patterns in imperfect training pipelines that are easy to detect and fix:

All these optimizations are easy to implement, but it’s easy to forget about them, especially when one is rushing to build a new feature or implement a cool state-of-the-art machine-learning paper. We periodically use a profiler to detect bottlenecks in the training pipeline to avoid this. None of them is a game changer, but they can add up to a significant speedup — e.g. one of our pipelines was recently accelerated by 3x by applying a number of small optimizations like these.

We already covered several aspects of training pipeline optimization but didn’t mention the very heart of a deep learning pipeline — the model itself. There are many ways to improve the performance of a model and reduce the number of parameters, but we will focus on two of them that are most relevant to Ntropy’s use case: reusing a shared backbone and embedding pruning.

We have many models serving various needs, and we often find ourselves in a situation where we need to build a new model that is similar to an existing one. In this case, it is a good idea to reuse the existing model’s backbone, which is the part of the model that is responsible for extracting features from the input data. This is a common practice in transfer learning, and it is especially useful when the input data is similar, and so is the problem we solve. For example, we have a model assigning labels for consumer transactions as well as a model estimating the type of account holder (consumer or business). Both models take the same input data, and the only difference is the output layer. In this case, it makes sense to reuse the backbone of the first model and only train the output layer of the second model. This is a very straightforward technique, but it can significantly reduce the number of parameters and training time (and also inference time, but that’s out of scope for today’s post).

Finally, we recently started to use our big unlabeled datasets for self-supervised pretraining. No need to reinvent the wheel, we use the masked language model approach, which is a popular technique for pretraining language models. This is a very powerful technique, it requires a lot of compute resources and time to train first, but it can significantly improve the performance of the downstream task and its convergence speed. We are still experimenting with this technique, but we are already seeing some promising results.

While the newly added step takes a lot of time and compute resources, it’s not something we need to perform every time we retrain the model. At the same time, the convergence speed of a fine-tuning step is significantly improved, and the model performance is also improved, so once we’re going to run tens of experiments, it will pay off.

We have covered a lot of ground in this post, but hopefully, it was useful and interesting. We are still improving our pipelines in many aspects, and this post only covers a small part of our work. In the future, we will continue to share our experience and best practices (spoiler alert: a bag of tricks on machine learning inference at scale is planned), so stay tuned! 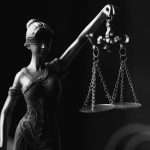 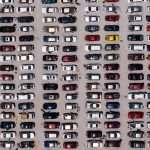 What Does James Lamb – A Machine Learning Engineer Do? 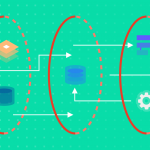 Why Real-Time Data Pipelines Are So Hard 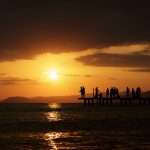